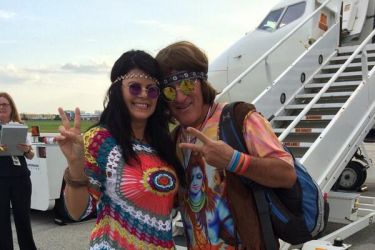 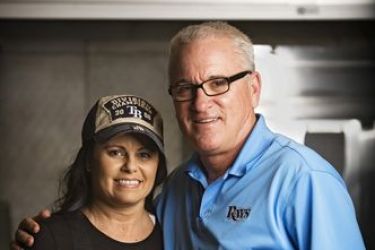 Joe Maddon’s wife Jaye Sousoures Maddon feels very strongly about the wellbeing of their dogs. The couple had a house in California where their three dogs lived. When Joe was coaching the Rays, the couple decided to move to Florida. Jaye could not stomach the thought of moving her Great Dane (Athena) via plane. The Great Dane suffers from bloat and putting dogs in a cargo hold is generally pretty horrible. So their solution was to buy a recreational vehicle – a home on wheels.

Jaye tried for three months to get a company to rent her an RV for the California to Florida trip, but was unsuccessful. So, being the wife of a MLB manager, she just bought one. Jaye was accompanied on this cross country trek by her sons, 26-year old Ryan and 19-year old Dylan. Both sons are from her first marriage. Jaye also came up with the clever idea to use the RV trip as a way to raise money for Pet-Pal Animal Shelter. She hoped to have people donate a penny a mile, which would come out to about $30. She even blogged about the trip for MLB.

No word on whether the same method of transportation was used for the move to Chicago. It does appear however, that Athena has since passed – though we could not find confirmation of this. This left their English Bulldog, Winston Churchill Maddon, all alone. Alone that is, until Joe presented Jay with another dog as an early birthday present. Winston is now joined by Clementine Churchill Maddon.

Joe Maddon’s wife Jaye Sousoures Maddon continues a regrettable trend amongst WAGs. Their dog Winston has his own Twitter account (@winstoncmaddon). I’ll admit that it’s vaguely funny, the idea of a pet having a social media account. What I can’t understand is how an account like this gets more than a few cursory posts. I assume that boredom would set in pretty quickly. Maybe that’s just me. Seeing as the account has over one thousand posts, this clearly hasn’t happened.

Jaye and Joe met in California back in 1995 during their prior marriages. She worked as an accountant at an athletic club. Joe visited this club often when he was the Angels coach. He would leave her tickets to the games since she was, and remains, a huge baseball fan. Must be pretty cool to have a wife who actually digs baseball when you’re a baseball manager. Too bad Joe Maddon’s wife is an Angels fan and not a Cubs fan. The two teams don’t really even play each other, outside of the World Series.

The pair finally tied the knot in 2008. They have three separate homes in Pennsylvania, Tampa, and California. They likely have some sort of digs in Chicago now too. The California home is certainly not going anywhere since Jaye spends most of her time there teaching law at the University of Phoenix. It’s funny to say that though, since it’s an online college – she could do it from anywhere. Jaye actually earned her law degree pretty late in life, at the tender age of 45.

The couple also both like fast cars, according to the Tampa Tribune. They apparently have quite a lot in common, and their living arrangement seems to be working out for them quite well. They apparently don’t see a whole lot of each other since Jaye prefers to stay in California. Jaye’s best friend says of the couple: “I would say they are perfectly matched.” 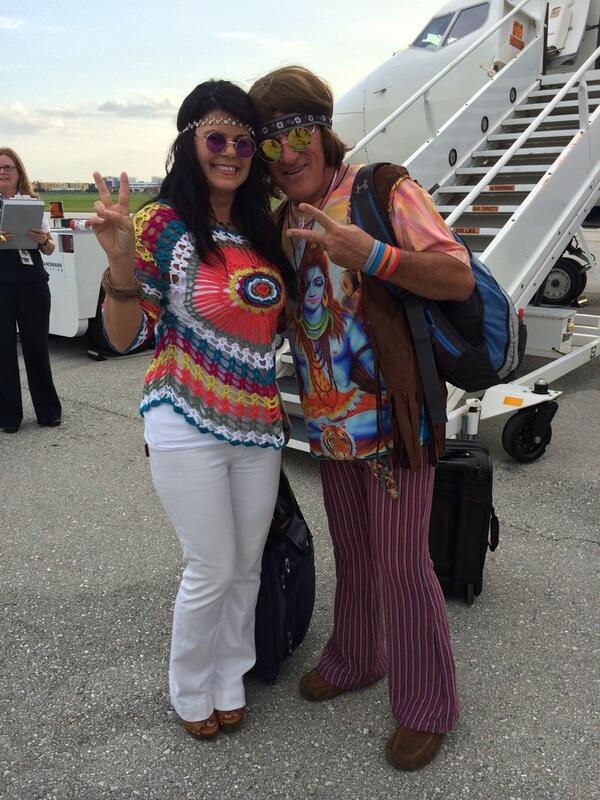