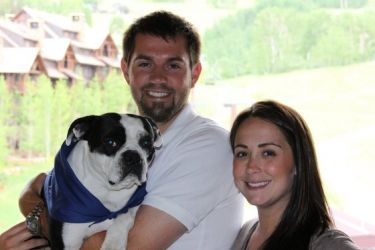 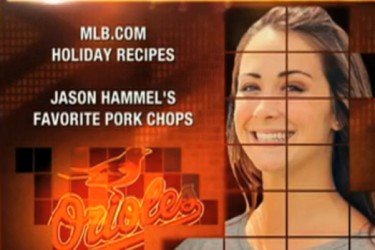 Jason Hammel’s wife Elissa Hammel joined as a guest commentator on the MLB Network to talk about making pork chops for Jason. Yeah, I guess they were running low on stuff to talk about, but she was there to give the recipe. Center cut pork loins, marinated in wine and spices 2-4 hours in the fridge minimum, and then you take them out and put them in a plastic bag with bread crumbs and parmesan cheese with a bunch of spices. She didn’t even say what spices they were, though. I feel like they missed the point of the whole segment and didn’t get specific enough.

Elissa first started dating Jason when they were both living in Florida. He’d been playing for the Rays, and this pork chop dish was one of the first ones she made for him. Jason Hammel’s wife Elissa Hammel now has a son with him, and she’s apparently become something of a chef now that she’s taken up the cooking duties of the family. She said in the interview that Jason always asks for these magical pork chops every single time she asks him what he’d like to eat for dinner. Elissa went on to talk about how silent Jason was back in 2012 when he was on the verge of being voted in as a write-in all-star. Elissa had been pushing for the votes but he was keeping it cool.

Their son Beckett was born some time around 2012, and before they had their kid, they had their dog, a 40-pound boxer named Sadie who was with them, as Jason reports on his blog, “through the excitement of the World Series with our first team Tampa Bay, a 3 year run with Colorado and a whirlwind year in Baltimore that took us to the Playoffs.”​ Incidentally, Jason is one of the only MLB players I’ve come across that has his own blog. I tell you, pitchers have way too much free time. It’s a very un-pro athlete thing to do, but it does give fans a little insight into his life. ​ Elissa Hammel was also present at the Fidos For Freedom non-profit event in Washington DC where they were raising money to help train and provide service dogs for people with special needs. Every time I see one of those dogs, they seem like super dogs to me. Just recently Elissa and Jason had their second child recently and are living happily in Chicago. 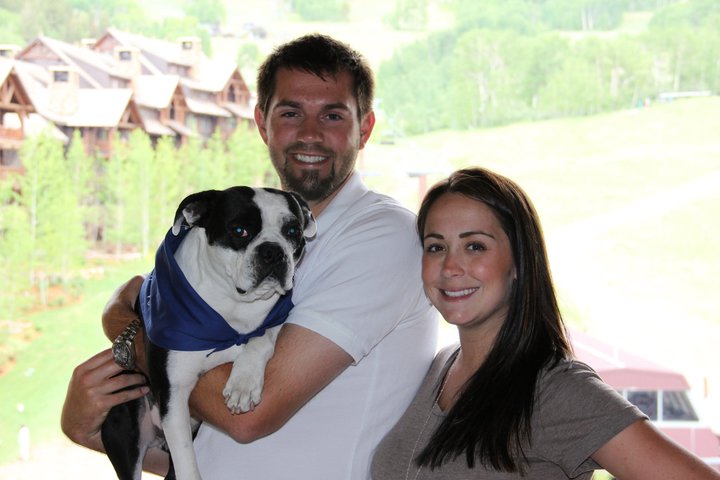