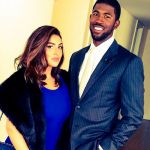 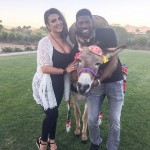 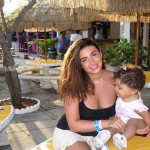 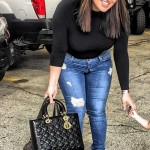 Dexter Fowler’s wife Darya Aliya Fowler is the mother of their daughter, Naya. These are two cool people, from what I can see. They also appear to try very hard at parenting. However, their daughter gets a bad rap from Darya. In September, she shared, “Today, I genuinely disliked my child. She hit me, yelled at me, told me to ‘go away,’ and wouldn’t stop whining. Dropped her off to school and looked forward to it. And that’s ok. Being a mommy isn’t easy.” I like how Darya is honest about it. It sounds brutal! But now she planted the seed in my mind for me to dislike her kid!

Darya is a charming woman. Dexter Fowler’s wife takes part in the philanthropic events that he does. Recently, they paid off the layaway of 43 families at K-Mart. Before that, there’s a huge list of things they do for people. Darya is also aware of herself. That’s more than I can say for most player wives and girlfriends. In August, she said, “Every now and then, you’re allowed to take a shameless selfie at a really good angle.” Well, she is right about the angle being really good. She also looks fantastic in such photos.

I looked at some pictures of a three-day cleanse program Darya went through. Those things look pretty tough. Dexter Fowler’s wife didn’t pass out, I hope. Dexter himself brought their kid to work earlier in 2016, and she seemed to enjoy the workout facilities the Cubs have at their disposal. Darya showed off a picture of their daughter Naya at her first day of ballet, thinking maybe she would grow up to be a famous dancer. The odds of a rich baseball daughter growing up to be a top ballerina are infinitesimally small, but parents can certainly dream! Dexter and Darya took a trip to St. Lucia late in 2015 and got away from the hustle and bustle of daily life with a kid and baseball. Tropical vacations are what baseball relationships are all about!

In 1967, interracial marriages were legalized. If that had not happened, my wife and I would not be able to in union. Love should always win.

That’s a pretty cool statement for an athlete to make. You gotta’ love when athletes have smart opinions about things that matter in society. So points for that one. I’m sure Darya Aliya was digging that message as well. As far as her response to the Supreme Court’s decision about gay marriage, she said: “My heart is happy. It’s the acceptance of things we don’t understand that gives me hope for the future.” I happen to think we do understand them and that was sort of the point, but we know what she means.

Of course, Darya can talk about less serious stuff too. She says of prepared meals: “Trying this whole meal prep thing. How boring! Being skinny is boring; I want a Shake Shack burger.” I totally agree with this sentiment, and I also would like a Shake Shack Burger. Prepared meals don’t have to be completely boring though, as many ultra-obsessive athlete’s wives can attest to. Aliya isn’t really on that sculpting-the-body-like-it’s-metal vibe though, and I can dig that too. The player wives with Michelangelo abs sort of intimidate me and confuse me. Aliya is keeping everything balanced in her life. She even goes on road trips with the baby to see some of Dexter’s away games. 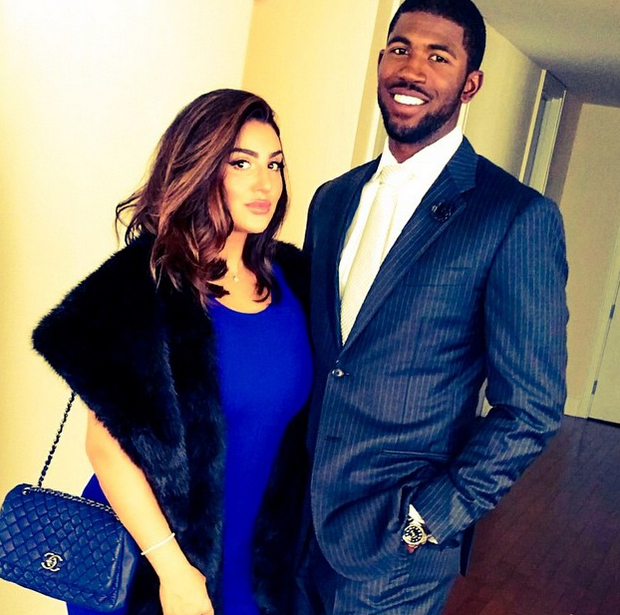