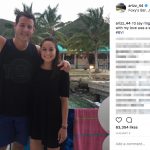 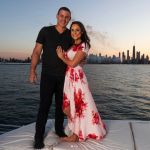 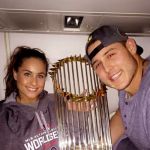 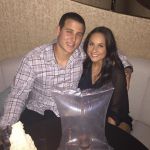 Anthony Rizzo’s wife Emily Vakos is not technically his wife yet!

WAIT!  DIDN’T HE GET MARRIED IN DECEMBER.

Fake married, folks.  “Fake married.” Those are his words to the Chicago Tribune:

“I got fake married,” Rizzo quipped Thursday night, quelling any lingering speculation over whether he actually got married.

Rizzo, who wore a tuxedo in the photo, explained the situation.

“One of my good friends got married,” Rizzo said. “I was in the bridal party. I was kind of silent on social media in the offseaon until then. I had a little laugh, and then it exploded.”

Now, despite nuptials not taking place yet, However, we feel comfortable right now with the term.  She is technically Anthony Rizzo’s fiance. However, once you bring your fiance to meet the President, you mine as well call her your wife. On June 1, 2017 Anthony shared pictures with the news he proposed to Emily. They stood on some pillows on the boat overlooking the Chicago skyline and post for pictures afterwards.

As for when the real wedding takes place?  Well first off, Dexter Fowler’s daughter will be his flower girl.  And even if not married yet, they’re pretty in sync at the newlywed game.

Back to that picture with the president

So I’d like to talk about the photo with former President Obama. Apparently Anthony Rizzo’s wife did travel to the actual White House. They also took pictures at the official White House podium. That’s pretty cool. However, only Anthony met the actual President, from what I can tell. No pictures of Emily next to him appear in their social media. But Anthony Rizzo’s fiance also traveled to another very cool event. They went to the Grammy Awards together in February! Is that cool? Yes! I’ll go to any big awards show even if I dislike all the artists. It looks super fun!

Anthony Rizzo’s girlfriend also travels with him to lots of great places. They went to a tiny island called Jost Van Dyke in January. They traveled to a Las Vegas wedding the same month. The couple even went to a Dallas Cowboys home game in December. Also in December, Anthony Rizzo’s wife joined him for a Thailand getaway! This type of lifestyle is awesome. If you make enough money, why not spend it and enjoy yourselves? Anthony Rizzo’s fiance took some awesome pictures in Bangkok. I believe they stayed for at least a week and likely longer. 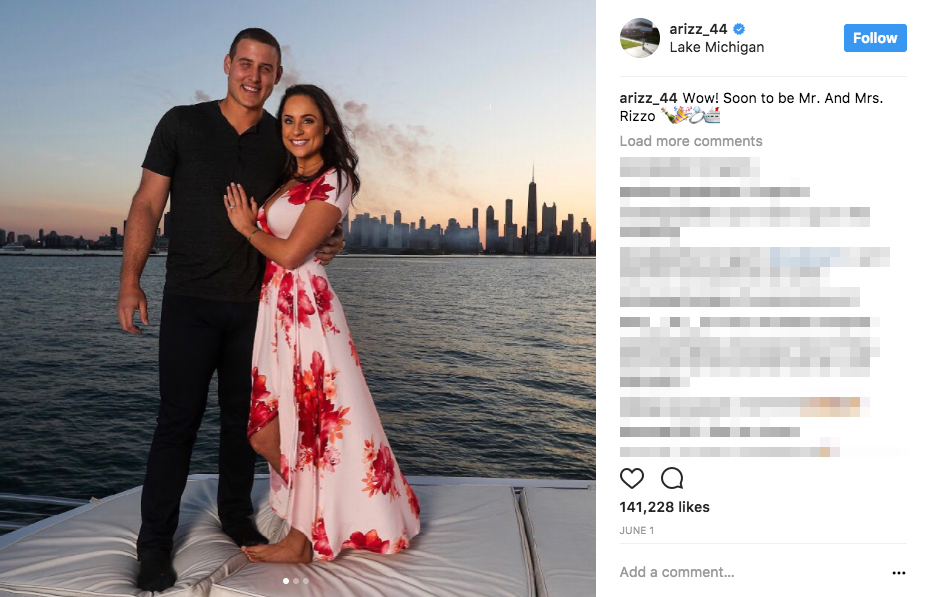