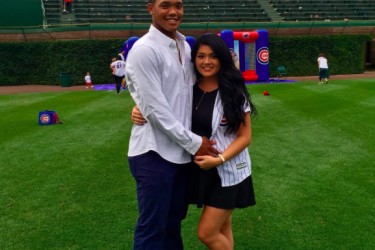 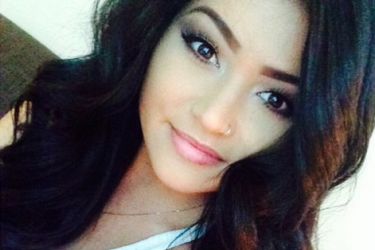 In 2017, Addison Russell’s wife Melisa Reidy-Russell became the focus of an MLB investigation.  There were allegations of domestic assault from a friend of Melisa which led MLB to investigate the matter.  Though the inquiry remains open, Russell was cleared to play baseball once again due to a lack of evidence, in part because Melisa did not cooperate with investigators.

On September 21, 2018, Russell was put on leave by Major League Baseball after Melisa broke her silence.  And she broke her silence in a big way.  Addison Russel’s wife (now ex-wife) wrote a blog post to recount her terror.

The first time I was physically mistreated by my spouse, I was in shock. I couldn’t wrap my head around what just happened…Why did he get so angry? What did I do for him to want to put his hands on me? Of course I forgave him & assumed it would never happen again. I just thought he had let his emotions get the best of him, he loves me and he’s sorry. I was deeply hurt that he could even be capable of this behavior towards me, I couldn’t understand how the man I was so in love with, the FATHER of my child, the man I married just a few months ago could show such aggression towards me…  simply could not wrap my head around it, it tore me apart. As much as I tried to pretend it never happened, I noticed myself avoiding making him angry in anyway in fear of it happening again. I saw a darkness in him I’ve never seen or experienced in him or anyone else. Slowly but surely I realized the man I grew to love so much was becoming more and more of a stranger to me everyday that went by.

A harrowing account from the woman who used to be Addison Russell’s wife.  She detailed the final steps she took to legalize their divorce, and everything that led to it.  There’s a ton to digest there, and really the idiots at PlayerWives aren’t the ones to dissect it.  We encourage you to read it yourself.

Addison Russell’s girlfriend Melisa Reidy is most definitely a very young and very pregnant lady. She posted a picture of some kind of “pregnancy assistance app” which describes how her third trimester will be and also says her baby is now the size of a “canary melon”.   I, like you, have no idea what a canary melon is.  But this seems pretty legit because Melisa mentions her pregnancy multiple times and seems to be waiting for her baby who she’s already named Aidan Kai. She’s also posted pictures of herself (in which she is fully pregnant). Baking buns is what she does. These guys are all about preparation!

Addison Russell’s girlfriend Melisa Reidy is apparently also his fiance.  Although Addison is the second youngest player in the National League, that’s not stopping him from tying the knot.  Hell, while he’s at it, no slowing down to jump head first into fatherhood. Hey, the guy’s got his future in full sight. That future also, of course, includes kicking some butt in baseball. That makes everything about raising a family easier. Right now, Addison and Melisa do normal couple stuff like go to see “Minions” and fly around to different cities for various baseball-related reasons. 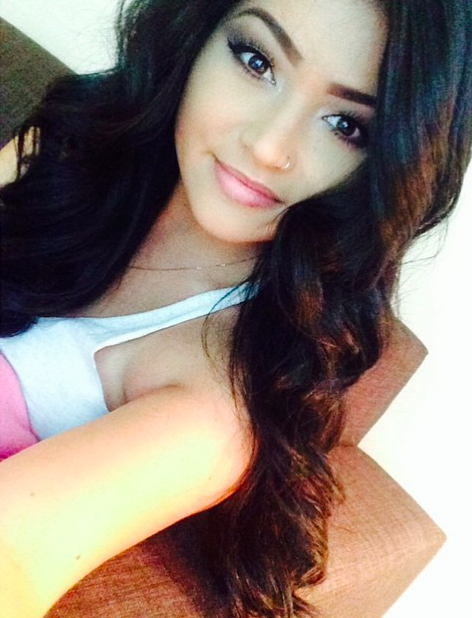