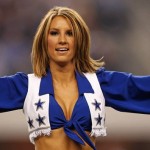 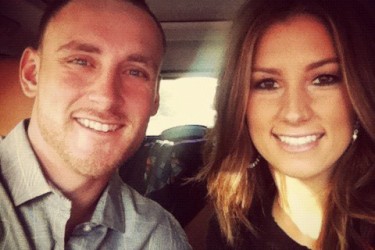 08/28/2012: It appears things may be over before married life began for the Will Middlebrooks and fiancee Ann Lux.
In a discovery first reported on by Busted Coverage, Ann tweeted a picture of her and her female friends out for the night where Ann was out sans engagement ring. Not usually a big deal, as I have first hand experience of my now wife forgetting where her engagement ring is for days on end it seems.
However, further investigation revealed some interesting facts. At the time of the Busted Coverage article, both Ann and Will had stopped following one another on Twitter. Will has since added Ann back to his follower list, but it’s his most recent follow (maybe Will is trying to cover things up??). On August 27, Will Middlebrooks retweeted his sister Lacey Middlebrooks who said, “Why do all good things come to an end?” Lacey seems to be having a rough couple days on her own Twitter feed, so she could also be dealing with her own issues,… but then again, maybe she’s despondent over the relationship between her brother and the girl he’s dated since he was 12 coming to an end.
We’ll keep an eye out for further proof.

We don’t typically devote a post to a player who in two weeks could be back in the minors but from time to time exceptions need to be made. This is one of those times.

Will Middlebrooks is the current starting third baseman for the Boston Red Sox. That could change soon as Kevin Youklis gets healthy and looks to take back his position. With rumors growing more and more every day that Kevin Youkilis could be dealt, Middlebrooks is the heir apparent to the hot corner. With Youklis now traded to the Chicago White Sox, everyday playing time is now all but a guarantee for Middlebrooks.

Position and team are not the only items that Will and Kevin have in common. Both have a connection to the NFL via their significant other. While Youklis secretly married Tom Brady’s sister in 2012 Will Middlebrooks is currently engaged to former Dallas Cowboy cheerleader Ann Lux.

Both Will and Ann grew up in Texarkana, Texas and met each other at the age of 12. Last year Ann gave up cheerleading to be with Will as he made his way to the show. Fortunately, her stop only included a brief appearance in Pawtucket. Currently the couple is scheduled to marry in the offseason, most likely in December. If Will is as good as some think and does eventually takes over third base for the Red Sox might we be seeing the Boston power couple that replaces Tom and Gisele? With the couple locked in Boston for a while, could Ann begin cheerleading for the Pats?

More NFL Connections: As if the Middlebrooks-Youklis-Brady connection wasn’t strange enough Will’s childhood friend is New England Patriot’s backup QB, and possible eventual replacement for Brady, Ryan Mallett. This is like playing a game of six degrees of separation right here. Is there a connection to Brian Hoyer anywhere? 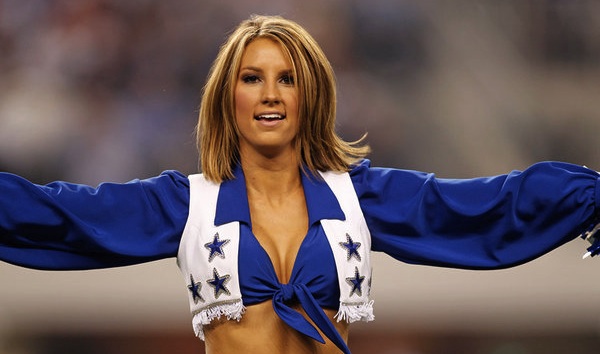