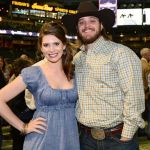 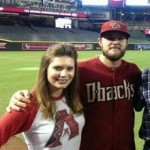 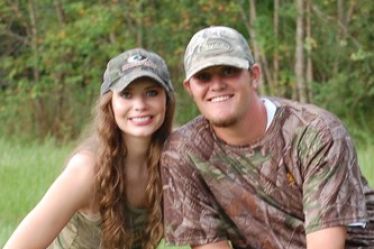 Wade Miley’s wife Katy Miley is a self-described country girl, and I definitely get that sense from the few pictures available of her. Going to the rodeo and going four-wheeling in the woods are very fun and very country. I’ve done both of these things, and it’s not so much simply engaging in these activities that makes you country so much as the frequency with which you engage in them. I’d say a solid two off-roadings per month and one rodeo every two months makes you certified “country.”

Wade Miley’s wife Katy Miley was also in attendance with Wade last year in March to help support money for the Arizona Diamondbacks Foundation. Simply attending this event is a good thing, in my eyes. Athletes and their wives doing what they can to help others less professionally-inclined to sports is what it’s all about. Well, there’ll be no more of that this year. This year’s all about the Boston Red Sox. Boston is a radical shift for Katy moving from Arizona. There’s probably not a more violent cultural and geographical shift possible for a player’s wife than that one, though New York City from Arizona is also pretty different.

Katy has also gone hunting with Wade a bunch, as evidenced by their photograph in the woods on the four-wheeler. Apparently Wade got some kickback from the Diamondbacks organization about his preparation habits and eating habits in the past– enough so to cause a bit of a rift between him and the training staff. Katy doesn’t seem to have any problem with keeping her weight in check, Wade. Let’s get on the ball now that you’re on the Red Sox. It may be that Katy simply lives in Louisiana where she’s from year-round or possibly travels to games when she feels like it. I can’t blame her for foregoing the constant traveling if that’s true. 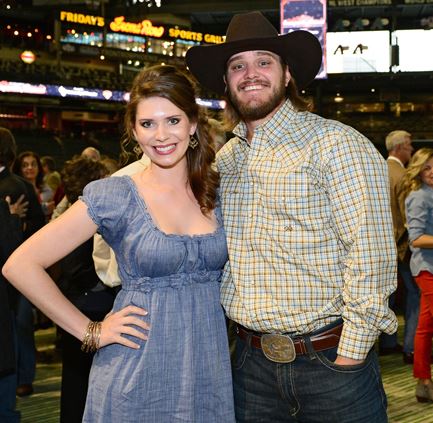