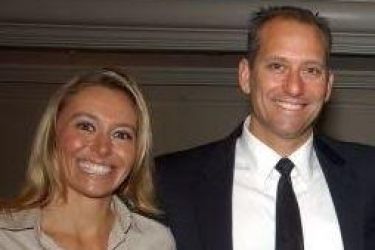 Torey Lovullo’s wife Kristen Lovullo was a former employee of a minor league triple A baseball club called the Buffalo Bisons. Torey was on the team for a number of years and that’s how the two met. I’m not sure in what capacity Kristen served the organization, but this was back in the 90’s when Torey was basically a coach in waiting. Occasionally players will meet a woman working for their organization in the offices and start dating them and I guess Torey just found a lady who he liked and stuck with her.

Weirdly, Torey Lovullo’s wife Kristen Lovullo was featured in a short article by the UK’s Daily Mail regarding a United Airlines fiasco back in 2011. The airline had some sort of computer meltdown which caused thousands upon thousands of people trying to travel to get delayed for days. Kristen was one of the travelers affected, and it happened for her while she had her small dog Saures with her. She was in Los Angeles, and she was photographed calling someone and looking disheveled. Many of the customers stuck in her delay were forced to sleep at the airport for awhile since United set up cots at several airports to try to give the travelers relief. The system that takes and stores reservations dated back to the 1980’s, but seems to have led to change in more recent years.

Anyway, random traveling weirdness aside, Kristen has managed to keep a low profile on the internet mainly because her husband was sort of a lower profile figure in baseball. All that is changing now that he’s stepped into the interim manager role for the Red Sox while John Farrell undergoes cancer treatment. Whether or not Kristen made the journey on every step of the minor league way, I’m sure Kristen is just happy she got to move out of Buffalo and didn’t end up stranded there for the rest of her life. 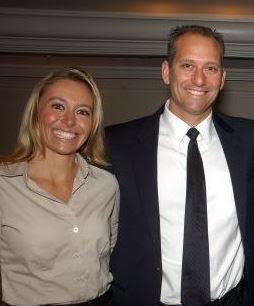