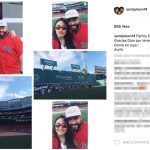 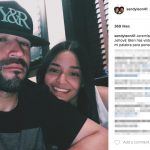 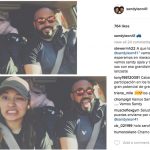 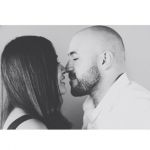 Sandy Leon’s wife Liliana Trianac wrote him some choice words for their anniversary. My Spanish is a little rusty, but she basically said she loved him a whole lot. She also said the Lord made their lives great. It’s not an uncommon refrain from athletes and their wives. And let’s be honest. After the 2016 Sandy put together on a playoff bound Red Sox team,…. life is pretty great. The 2017 Sox team will rely on his electric bat in the lineup again this year. Let’s see if replication is in the cards.

Liliana loves puppies. She takes a lot of pictures with them, but a lot of them are different, and I am not sure if she owns any. Sandy Leon’s wife also has a couple of sisters, and they are both gorgeous just like her. I get the sense that they all have good sense of humor. Sandy’s photographic social media dates all the way back to October, 2012. It’s hard to determine if she was already a baseball WAG that far back. For all we know, she may not have even known Sandy back then. The first time he shows up in a picture on her social media is March of 2016. It’s really unlikely they met in 2016. I think she only decided to post pictures of him in March. Hey, the guy was becoming a local star. Claim your dude!

I’ll admit it. I still don’t know when they married. Sandy Leon’s wife posts all of her social media in Spanish, and Sandy does the same. Sandy also did not share pictures of Liliana before very recently. It doesn’t look like there’s a baby coming, so shotgun wedding seems unlikely. I am betting they realized how good things were going, and figured since they are both attractive, everything will work itself out. It probably will too! 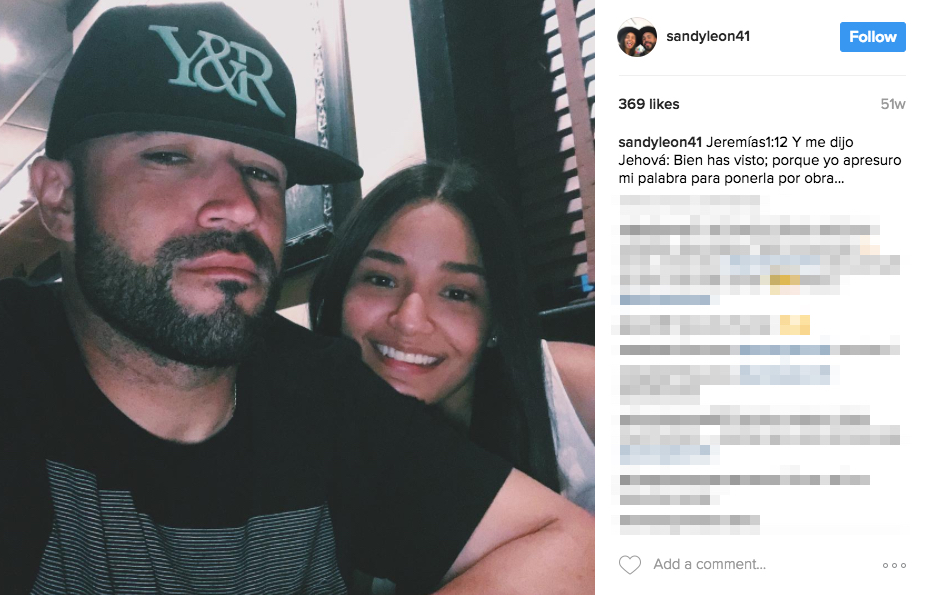