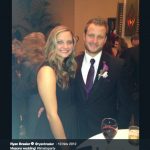 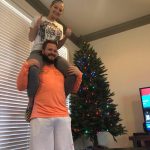 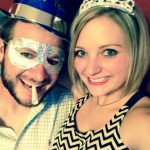 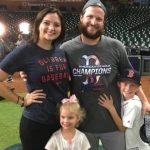 Ryan Brasier’s wife Shaina Brasier is a patient woman.  Far more patient than most people could ever dream of in a partner.  The two met while going to high school together, and she has been part of their journey every step of the way.

And a two word question from Ryan Brasier’s wife changed the perspective.

That was it.  Brasier had been a journeyman pitcher for his entire professional career.  Drafted in 2007, he fought through the minors for six years before getting the call in 2013.  A short stint with the Angels, and then Brasier was right back on the small clubhouses, and long bus rides that come along with the minors.  But, Brasier never gave up.  And, Ryan Brasier’s wife was there with him while he chased his dream.

That dream took Brasier to Japan where he pitched for the Hiroshima Toyo Carp in 2017.  Back in the States, he decided to put on a pitching showcase for a handful of teams while on a friends bachelor party trip.

And that’s where Ryan Brasier’s wife asked those two fateful words.  “What’s Next?”

The phone call came on a late February afternoon in a small-town Texas shopping center, days after his wife had posed a simple question: “What’s next?”

“I was gonna sit on my thumb until somebody called,” Brasier said.

During a shopping trip for his youngest child’s third birthday, someone finally did. The Boston Red Sox rang Brasier’s cellphone and beckoned him to Fort Myers, Fla., with the promise of a minor-league contract.

Those plans sure did change!

The 30 year old Brasier went to Fort Myers and opened eyes.  While he started the season for the Pawtucket Red Sox as the PawSox closer, he’s finishing it in grand style.  Ryan Brasier’s wife endured all those years in the minors, and Japan, for his month of October, 2018.  Brasier is becoming a national name, as the most trusted set up man on the Red Sox World Series team.  As of writing, they are up 2-0 in the series, and Brasier is on the brink of the greatest moment of his baseball life.

And Ryan Brasier’s wife Shaina? The Wichita Falls, TX native is holding down the fort on this crazy journey.  The Brasier’s have two kids, older son Kolten, and daughter Avery.  (Side note, this writer’s daughter Avery was born one year ago tomorrow.  Great name Brasier family!!).   Brasier used his platform in the 2018 MLB Player’s Weekend to honor those he loves the most.  Shaina, Kolten and Avery were on his thank you patch on his jersey sleeve.

So thankful for all of my family, especially my wife and kids, couldnt play this game without yall!! #PlayersWeekend #family pic.twitter.com/fysvO15VzG

And Brasier’s customized spiked paid more tribute to his kids, with names emblazoned in Sox font. 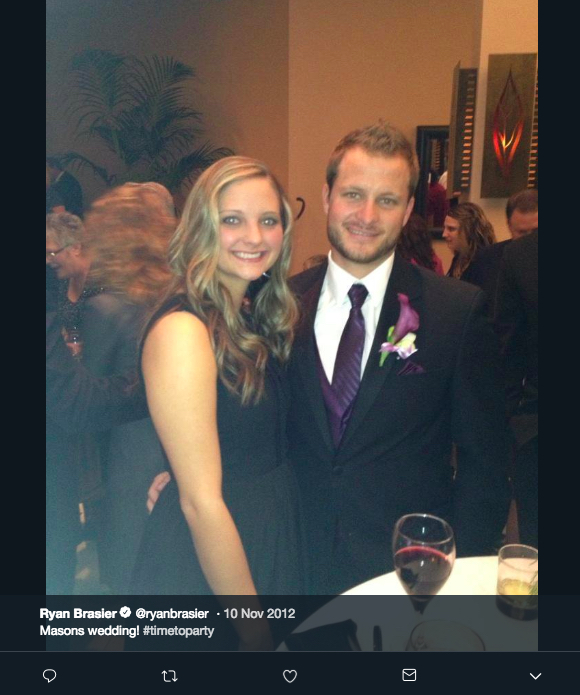