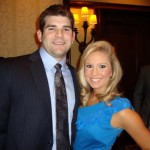 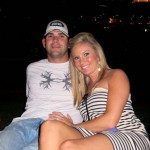 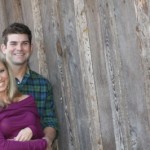 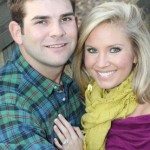 We wrote about her all the way back then.  But, a lot has changed.

Since that time, Susannah gave birth to three lovely kids. Their names are Crue, Ledger and Swayze. Crue was a superstar at the 2018 MLB All Star game.  Mitch noted in one interview how Crue soaked it in, and sat with five different guys on the players bus.  Just, none of them happened to be him.

The Moreland’s lived around Arlington in Texas for years until Mitch headed to Boston.  DFW Child interviewed her back in 2016. In that interview, she revealed they met when they were thirteen and fourteen years old. They vacationed with their respective families and met at Orange Beach in Alabama. I liked this interview a lot because she gave interesting answers. For example, they asked her what her life would be if it were a song. She answered “Time of My Life” from the movie Dirty Dancing.

Mitch Moreland’s wife tried the blog life for a while

I should also make note of Mitch Moreland’s wife in her own words. Back in 2013, she wrote a fairly lengthy blog post about her life. It included thoughts and feelings about her identity. She gave birth to her son Crue, and she said she wanted more time to herself because she felt her identity as a person slipping away. She told this to Mitch, and Mitch responded by asking her: is it not enough to be my wife and to be Crue’s mom? Susannah thought about this and realized it certainly was enough for her.

Anyway, that’s a summary of her blog post. Mitch Moreland’s wife seems like a thoughtful and kind person to me. It appears that she also developed into a great mom. She described how manners and having respect are vital for her. Susannah said their kids must always use “mam” and “sir” when they speak with strangers. I like this approach. She said the best thing about being a mom is having “those baby arms” hug you and tell you they love you. It sounds like Susannah loves her life. 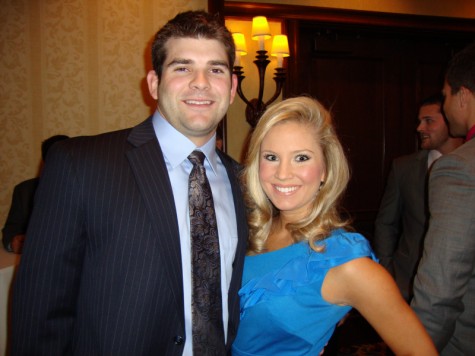