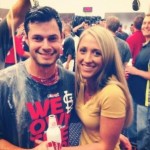 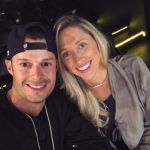 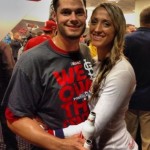 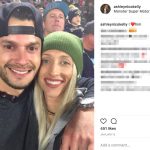 Joe Kelly’s wife Ashley Kelly married him in November of 2013. We wrote about them back in October of 2013 so we missed the wedding. Now, things progressed for the couple. Ashley gave birth to their son, Knox, on February 17 of 2017. Just missed Valentine’s Day.  She recently modeled on the runway for a Red Sox Foundation event that involved player wives. Since Joe’s Wikipedia page says they live in California, I know they also own a home in Boston. Ashley is a Boston Celtics fan. Allow me to relate a story…

On May 20, Joe Kelly’s wife shared a truly funny video from a televised game she attended. Joe took the video of her pretending to cry after a play against the Cavaliers. She sat in the stands and made a pouty face and feigned tears. She gets an instant thumbs up from me for humor.

Ashley also posts funny things on social media directly to Joe. She told him studies show beer relieves pain better than Tylenol and swearing makes you stronger. Ashley then added the news leaked all his secrets. Because she possesses a great sense of humor, she takes things in stride and finds things to laugh about.

As far as travel goes, the family does a bit. In May, Joe Kelly’s wife took a trip with him to St. Louis. Of course, she called the city “where it all began” since Joe started his career there. They also didn’t need to take the baby that time. That always makes travel easier. They also own two dogs which they owned back in 2013 when we first wrote about them. In January of 2017 they finished remodeling their Southern California house’s kitchen. Boy oh boy does it look nice! Ashley commented she loves to have family and friends over when they cook, and they both feel enthusiastic about cooking and hosting. Love this couple! 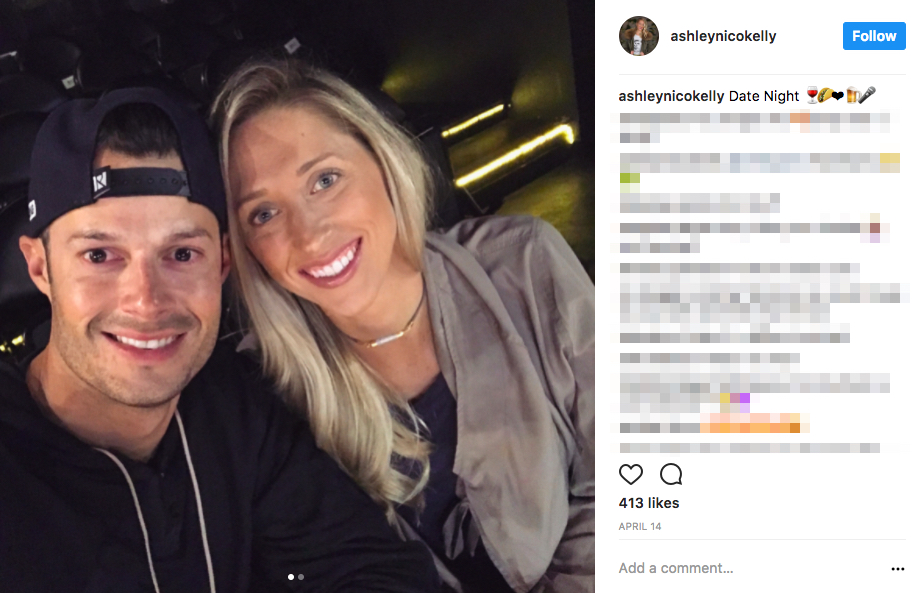