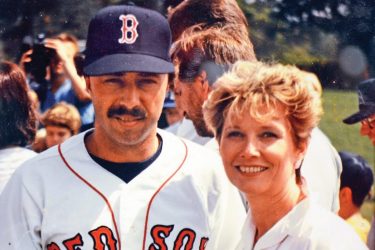 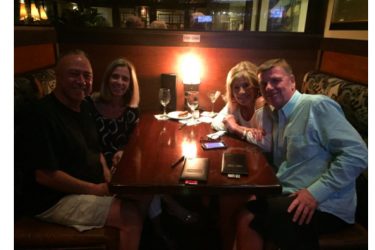 Jerry Remy’s wife Phoebe Remy married him in 1974 after they dated for two years. Originally, they met while they worked at the same department store in Fall River. Jerry himself worked there in the offseason to make a few extra bucks. Phoebe eventually gave birth to three children. They named the kids Jared, Jordan, and Jenna. At one point, the Red Sox organization drafted Jordan in 1999. He never made it to the big leagues though. I suppose we should get it out of the way and mention all the children ran into trouble with the law. Jordan and Jenna both ended up just getting probation.

Unfortunately, their son Jared murdered his girlfriend Jennifer Martel. Since he pled guilty for the crime, he now will spend his life in prison without the possibility for parole. As you can imagine, the incident was traumatic for both families. Jerry and Phoebe did eventually settle a deal for visitation rights to their five year-old granddaughter. Jerry spoke out to defend his wife and said she always was a good mother. According to her, Jerry is a moody guy, and it took an adjustment period for her when they started to get serious back in the 1970’s.

Another stroke of bad luck hit the Remys when they discovered lung cancer in Jerry. Phoebe helped him to quit smoking when he was 40. He beat the first round of cancer back in 2013, but then he announced in 2017 it returned. Because of the return of the cancer, he began rounds of treatments in June of 2017. The vast majority of the time in their marriage was positive and fun. The bad times tend to get the most focus from the media, of course. In a long profile of Remy by The Boston Globe, Jerry Remy’s wife said life at home should be full of laughter. 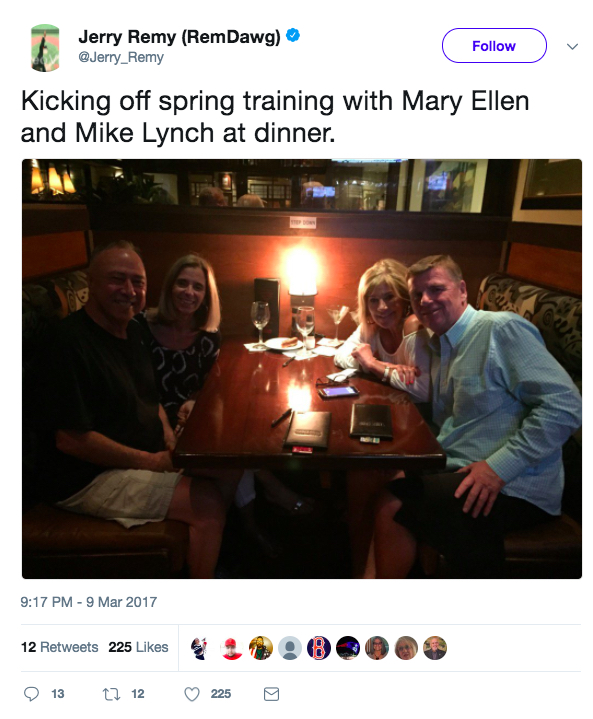