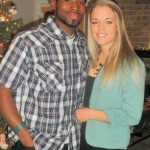 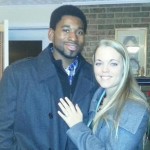 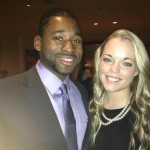 We first talked about Jackie Bradley Jr.’s wife Erin Bradley back in 2013.

And since then, a whole lot has changed.

Her maiden name is Erin Helring, but things have changed. Since 2013, she married Jackie and gave birth to their daughter, Emerson. Erin gave birth in June of 2016. That makes Emerson a little over a year old. Naturally, Erin posts tons of photos of their kid on social media. After the pregnancy, she also shared her personal weight loss diary. She started at a weight loss center in January of 2017. At that time, Erin weighed 160 pounds. She stated her goal to lose 30 pounds. She lost about ten pounds in a little over two months because she worked hard at it.

Erin also commented at length about losing weight. Jackie Bradley Jr.’s wife said she didn’t actually gain most of the weight from the pregnancy. Erin said she gained it after she married and started to travel so much. Apparently she only gained eighteen pounds during the pregnancy. Before that, she ate a poor diet and became discouraged every time she tried to change her ways. Of course, she only tried for five days at a time. She congratulates herself on social media for her disciplined weight loss. Good job, Erin. By the way, she also lists her height as 5’4″ and her age as 26, in case you are curious.

I mean, there’s not much to say about this one.  But Jackie Bradley’s wife snapped this video and shared a pep talk from daughter to daddy with the world.

Besides kids, what else?

The couple enjoyed plenty of vacations over the years. They traveled to Grenada in 2015. They went to Seattle the same year. In December of 2014, they took a trip to Nassau. Jackie Bradley Jr.’s wife also shared pictures of the things she ate at these places. I guess I understand what she means about bad dietary habits and travel. When you go to new places with your significant other, it is very common to eat out at restaurants all the time. Well, she is settling into life with a kid, and she is shedding the pounds! 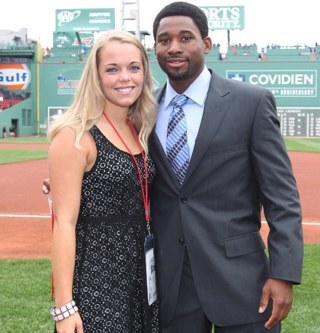