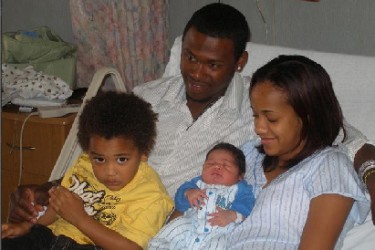 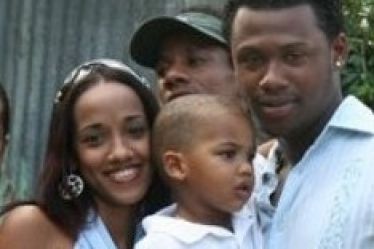 So here’s one you don’t see every day – we have no idea how to title this post. We could run with either Hanley Ramirez’s wife Elisabeth Ramirez or Hanley Ramirez’s wife Sanoe Ramirez. Why? Because the names are being used in interchangeable fashion. Is Sanoe a nickname for Elisabeth in Latin culture? Can someone help me out with this one? Seriously guys, this post has been up for 7 years. No one will help us!

Anyways, regardless of whether you call her Sanoe or Elizabeth, she’s been in the picture for quite some time. The woman who can easiest be identified as Hanley Ramirez’s wife is from the same neighborhood as Hanley. Both Hanley and Sanoe/Elisabeth grew up int he Los Girasoles neighborhood in Santo Domingo. The couple has three sons together. The oldest, Hanley Jr., was born November, 2004. Hansel Ramirez was born in 2007, and Ricardo born June, 2008.

Hanley Ramirez is fan friendly. Especially female fan friendly. Look, that’s not in any way an attempt to start a rumor. But Hanley liked posing for pictures with his female fans. At the game, at an appearance, or at a club. Back in the caveman days of MySpace, Hanley was never shy about posting said pictures to his account.  Hanley Ramirez’s wife remains with him today. Elisabeth is either at peace with the reality of being married to a 25 year old super-duper star, or she’s convinced that she’s still the only one for him. Either one ain’t our place to judge. Plus, $200 Million never hurt anyone…..

Hanley Ramirez had a tough first season in Boston, but is now writing the blueprint for how to resurrect in the city. He’s now the lovable slugger fans thought they were getting.  Hanley came to Boston at the same time as Pablo Sandoval, who has become an example of how things go wrong in Boston.  Hanley. Please go talk to Pablo for us. 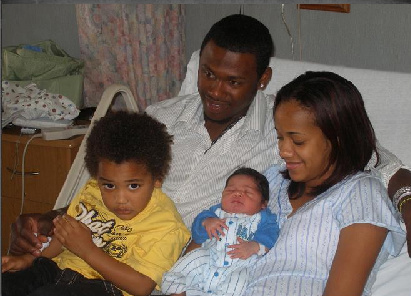