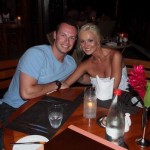 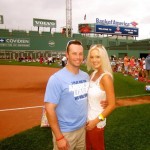 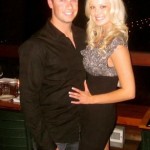 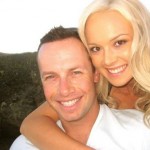 Daniel Nava enjoyed a breakout season for the Red Sox in 2013, and was lucky to have the everlasting support of his family, which included a new addition. Daniel Nava’s wife Rachel Joy Nava gave birth to the couple’s first child on August 5, 2013, just about 9 months after the couple tied the knot during the 2012 offseason. After the couple began dating in 2010 and spent two baseball seasons on opposite coasts, Rachel took 2013 to focus on family and be with Daniel.

Daniel proposed to Rachel (formerly Rachel Parker), during the minor league all star break in 2011. Nava flew home to California and proposed overlooking Lake Tahoe , where the couple returned the following summer. Daniel sent Rachel on an elaborate scavenger hunt which ultimately led to her finding him waiting on Eagle Rock, down on one knee ready to pop the question.

While the Nava’s are the picturesque ideal of a happy family, what’s not known is how Daniel Nava’s crush on Erin Andrews will be handled. The left fielder left tickets at Will Call for the sideline reporter in every game he’d played in since 2007, and while Andrews never took him up on it, she certainly knew and wished him the best. Even if she did take him up on it, he’d be safe right? She’s gotta be on his list, so that’s free and clear… I think the movie Road Trip taught me that’s not cheating. 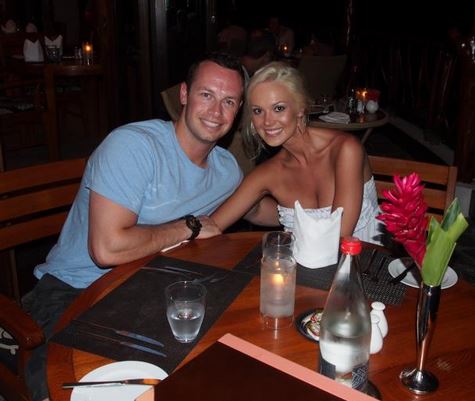