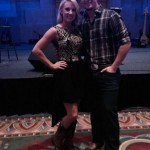 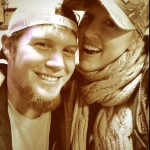 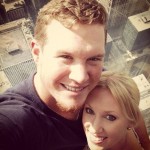 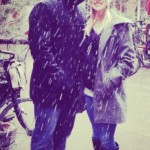 But that marriage was a lightning quick turn of events.

It’s one of those marriages that took less than a year to move from proposal to vows. I love when that happens. One of the most visible traits about this couple is their community work. Back when we first wrote about them, we also noticed their charity and mentioned it. They’re just very generous and giving people. They consistently involve themselves with cancer and animal rights. A lot of the charity events auction cool NFL gear off to raise money for causes. An example is the Cowboy Boots Bash for kids cancer research.

Really, the Kimbrels use social media to continue their community outreach efforts. Since this is smart and commendable, I applaud it. However, I do wish they let just a little more out about their own lives. I do know they are both religious and believe in Christian values. Craig Kimbrel’s wife went on a stretch of nearly a year without saying a word on social media. The one piece of solid footage of them comes from a 2014 video they appeared in regarding a cancer charity. In it, Craig explains how they met.

And how was that, exactly?

In college, Ashley participated on the cheerleading squad. But, Craig Kimbrel’s wife is one year younger than him, and they both lived in the same apartment. They first became friends first, but didn’t do anything for a whole year. Very wholesome. I would probably make a horrible move within an hour of meeting her. The level of dedication they now show to these charities really is pretty remarkable. Again, the wholesome factor is very real for this couple. Everyone in the community certainly seems to appreciate that too. The founders of the Cowboy Boots Bash love them and always say great things about them. We do too. 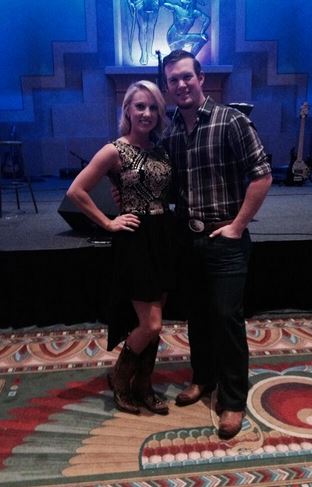