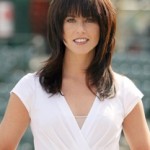 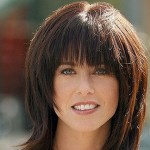 04-10-2012: What better way to celebrate an 0-3 start to the Red Sox season than for the new GM, Ben Cherington, to marry his girlfriend Tyler Tumminia. The couple will apparently have a larger wedding in September. Why the two separate ceremonies? Well, Ben Cherington’s wife Tyler Tumminia is reportedly pregnant with the couple’s first child and will be welcoming him or her very soon – so it sounds like they likely wanted to tie the knot before the birth of their child.


We were originally tipped off about this rumored relationship by a reader just over a week ago. Ben Cherington is fiercely guarded about his personal life, so it wasn’t a surprise for us to find nothing online about this relationship. However, in advance of tomorrow’s announcement that Ben Cherington will be promoted to General Manager of the Boston Red Sox, we’ve gotten another tip from a different reader claiming the same thing. So while we have found nothing publicly to support this relationship, we’ve gotten a couple tips essentially saying the same thing.
Tyler is the product of a baseball bloodline. Her father, John Tumminia, has been a scout with the Chicago White Sox for over 30 years. The self described “New York girl,” works as the VP of Marketing and Operations for Goldkang Group, where she has directly helped to launch and host “Be Your Own Fan.” Tyler hosts a bi-weekly web based show for BYOF, where she travels to various locations to show the business side of sports. Episodes can be seen here.
If we get confirmation of the two being together (for example, if she’s at tomorrow’s presser), we’ll be sure to keep you posted.
2011-10-24 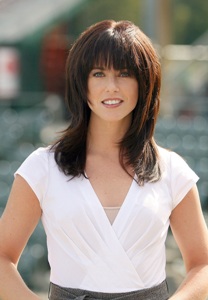