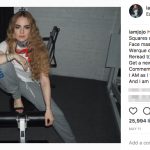 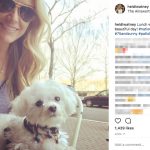 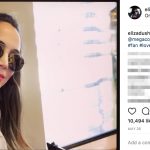 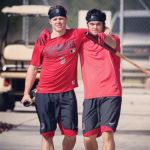 Well, Andrew Benintendi’s girlfriend has forever been a mystery.  And, despite a little news in the last few days, she’s still a mystery.

Andrew Benintendi’s Girlfriend Is Revealed,….. And Still Has No Known Name! (Update 2019, we have a name)

Sorry ladies north of Hartford.  Beni Biceps is spoken for.  And he wanted you to know that he is officially #Taken.

That’s right folks, there she is.  And also,…. we didn’t know who she is.  That is, util comfortable, Instagram official Benintendi wished her a happy anniversary.  Andrew Benintendi’s girlfriend exists folks, and I know she’s breaking hearts tonight.

In February of 2019, Benintendi took to Instagram to wish her a happy anniversary, and let it be known that she still hasn’t figured him out.  Many a heart in Boston remain broken, because these two kids look legit.

Now, a long time ago, back when this 36 year old married father of three fell in love with Benintendi, we knew we wanted a post for Beni.  So, we did what any SEO focused blog would do.  It was time for another installment of PlayerWives Recommendations! It’s not uncommon for a professional baseball player and athletes in general to find themselves single and ready to mingle. After all, the regular season is a busy time for a pro athlete. Since we possess a vast knowledge of prospective ladies ready to meet these athletes, it’s only natural we throw our hat in the ring…  Now remember, this was all written back before the mystery babe in her Jordan Year hit the scene.

The very first recommendation I want to make is JoJo Levesque. JoJo comes from Foxborough, Massachusetts. She already possesses the loyalty to all Boston sports teams. Levesque acts and sings for a living. Her schedule is hectic and exciting, but don’t think she won’t make time to hit up Fenway Park! She regularly performs to big crowds and sings songs from her latest album, Mad Love, and she loves it! When she returns to Foxborough, she enjoys time with her mother and her horses. Andrew Benintendi’s girlfriend could be JoJo in a perfect world!

Did you guys know Eliza Dushku is from Watertown, Massachusetts?  Now yes, she’s married.  But damn Eliza.  Have you met Andrew?  Andrew Benintendi’s girlfriend can visit friends and family and still attend home games without a hiccup! We all remember her for her role as Dana the troubled teen in the movie True Lies, but now she studies sociology at Suffolk University! She planned to move back to Boston after living in Los Angeles for awhile. Who needs the sunshine and movies? Take me out to the ballgame! 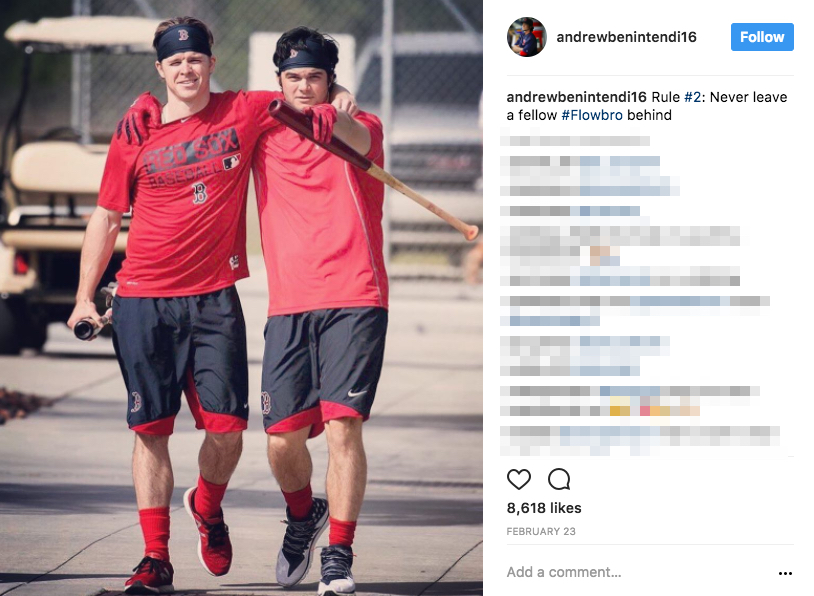