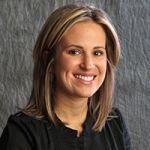 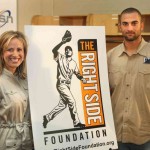 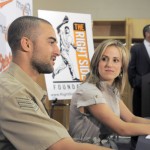 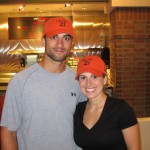 Nick Markakis’ wife Christina Markakis was born and raised in Plantation, FL. The former Christina Dutko received a degree in education from Florida Atlantic University. She taught elementary school prior to partnering with Nick to create the Right Side Foundation, which is designed to help underprivileged children in Maryland.

Nick Markakis’ wife Christina Markakis has given birth to three boys. The couple had their first child together, son Taylor Jason Markakis in March, 2009, Tucker Edward, was born May, 2010, and Toby was born September, 2013. The whole family now resides in Monkton, MD year round now.

We’d also like to clear up one misnomer flying around online. Nick and Christina Markakis are still happily married. Another Markakis couple with similar, but differently spelled first names is no longer so happy or so married anymore. The first couple of the Baltimore Orioles – still going strong.

This is 100% self serving, but funny nonetheless.
PlayerWives recently went on vacation to Camden Yards with somewhere around 30,000 other Red Sox fans. During a 6th inning stop at a beer stand, 2 innings before Camden Yards stops serving(No lie, they serve till the 8th), we found out that not only one, but two different concession stands were completely out of beer. The lady at the second stand summed it up perfectly with:
“You Boston fans sure like to drink, don’t you?”
Yes Ma’am, we certainly do. 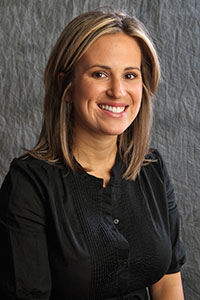