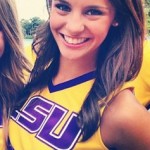 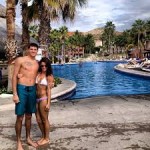 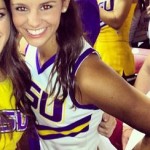 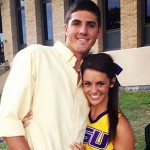 The 2014 Major League Baseball season is set to begin on March 22, and we’re all wondering one thing … will the highly touted 2012 first-round draft pick Kevin Gausman become the Orioles first legitimate home-grown stud starter since Mike Mussina? One thing is for sure though, Kevin Gausman’s girlfriend Taylor North will be there cheering him on.

The Louisiana State University cheerleader, Taylor North, was in the front row right behind the dugout for Kevin Gausman’s MLB debut in Toronto last spring. And she couldn’t have been more pleased. The day before his big game on May 23, 2013, Taylor North posted on instagram, “So extremely proud of this amazing guy for getting the big call and for all of his hard work that got him where he is right now! Couldn’t imagine a more deserving and appreciative guy!”

It seems Taylor North has been cheering on Kevin Gausman for quite some time now. The couple likely met while attending LSU. But, it didn’t take Kevin Gausman long to realize he had more than a pretty brunette on his hands: Taylor North is a visionary entrepreneur. At the young age of 14, Taylor North started her own business teaching young girls to tumble. By the time she was 17, Taylor North was raking in the big bucks and her clientele had grown from 4 girls to 30. But Taylor North didn’t have her own gym to teach out of. So what did this wise business woman do? She saved chunks of the money she made and used it to reinvest in her cheer business. A few years later, Lake Charles Sheer and Tumbling opened in Lake Charles Louisiana. Apparently, business is booming and staff has been increased to include Taylor North’s sister, Madison North.

With this business savvy cheerleader his side, Kevin Gausman is bound to succeed this season. But, if all else fails, Kevin Gausman can always rely on Taylor North to find them a new investment. 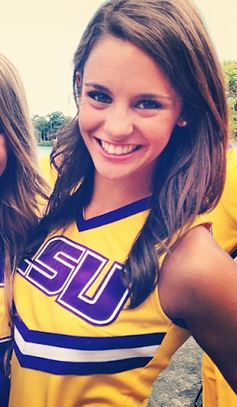