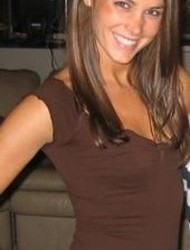 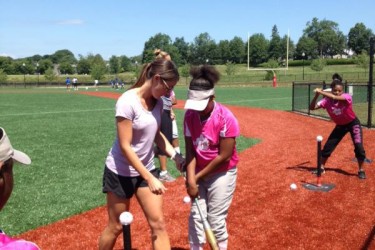 JJ Hardy’s wife Adrienne Acton is proof positive that sometimes it just pays to be famous. You really can get away with a lot of things that us regular folk can not. Primary example of this is how JJ Hardy met Adrienne Acton.

JJ Hardy’s wife Adrienne Acton is a former softball player at the University of Arizona. While she was playing at the College World Series in 2007, Hardy happened to catch a game on TV. Clearly smitten by Acton, he called the school the next day and arranged a meeting. I mean, are you kidding me? That never works. But for Hardy, the ballsy move payed off and the couple appears happily engaged… although we are not sure when the happy day is scheduled for.

Hardy initially came up with Milkwaukee in 2005 as a promising shortstop. He was eventually traded to Minnesota for a year (where he was injured/awful) before moving on to Baltimore. During the baseball season, Acton has stuck with her softball roots, helping run local softball clinics in the Baltimore area. The couple spends the offseason at their home in Arizona.

JJ and Adrienne were married following the 2013 season. To cap off an amazing calendar year, the Baltimore Orioles are running to the ALCS with the Royals