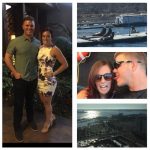 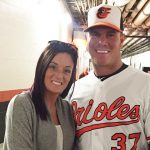 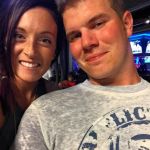 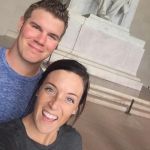 Dylan Bundy’s girlfriend Caitlin Smith attended opening day at the start of the summer. So he told her he was happy she was there. A few weeks following opening day, Dylan and Caitlin went to Washington D.C. to visit the Lincoln monument. They also traveled to San Diego in June to spend time by the water. They photographed some sea lions on barges and ate out at restaurants. Since Dylan is a hunter in his spare time, Caitlin joins him in trapping sometimes. She caught a raccoon and posed with its dead carcass in February of 2016.

Lately, there’s been a lot of couples participating in painting sessions. The idea is to paint the same thing and then photograph both paintings with the artists. Dylan Bundy’s girlfriend painted a tree with a birdhouse with him, and their paintings looked identical. Perhaps this tells us they’re a good match? Maybe it was just an easy image to paint and thus identical paintings were a common outcome. They also golf together. In short, these two do pretty much every couple activity you can think of together.

There’s not a lot of social media record of Dylan and Caitlin, but that’s because Dylan isn’t so big on updating his social media. Dylan Bundy’s girlfriend tends to be more private. She made her account invite-only, and so we were left with Dylan’s photos. Like many player girlfriends, she attends his games when she can. I do know that Dylan had a different girlfriend when he moved into the house he lives in now. They broke up sometime after 2014. So his relationship with Caitlin is relatively new. His ex-girlfriend is named Alex, and I’m guessing that is short for Alexandra or something similar. Dylan is lucky to have a girlfriend now that enjoys hunting as much as he does because he’s out there as often as he can be! 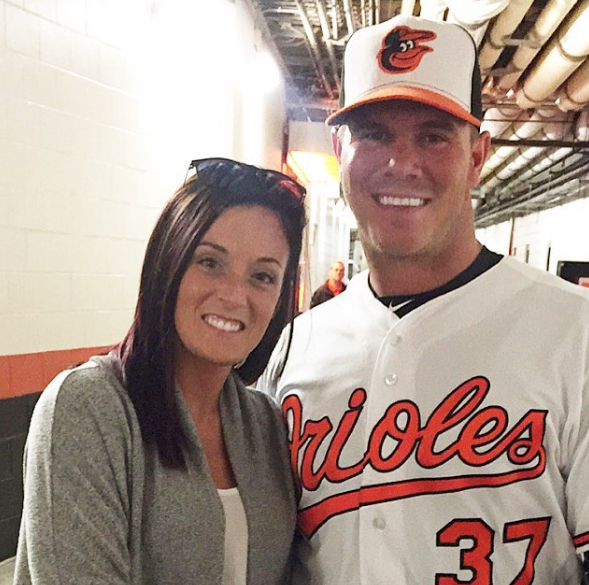