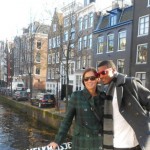 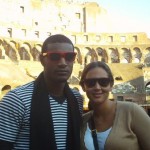 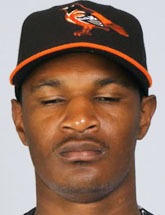 UPDATE 01/09/2015: Adam Jones’ wife Audie Jones stole the show (as she should) at her recent wedding to the Orioles star.

Audie, the daughter of former Redskins and Cowboys Tight End, Jean Fugett, danced with her new husband to “Me and Mrs. Jones” by Billy Paul. Get it?

UPDATE 03/2014: Adam Jones girlfriend Audie Fugett is now set to become Adam Jones wife Audie Jones, after a romantic Paris getaway in October, 2013, and one question from Adam while on one knee.

Adam Jones and almost wife Audie have more to celebrate as the couple had their first child, son Zaniyah Jones in March. Adam missed a few days of exhibition baseball before rejoining the O’s.

When we first wrote this post in 2012, we didn’t know much about Adam Jones girlfriend Audie Fugett, but now we’ve learned that she is the daughter of former Washington Redskin Jean Fugett. After playing basketball at George Mason University, Audie began to pursue her law degree at school in New York.

Exciting times for Adam and Audie. Congratulations to the whole family.

I have to say that I’m a little disappointed in Adam Jones, aka AJ10, this year. Of course he’s having a fantastic season and the Orioles are prime to make their first playoff appearance since 1997. But he’s doing all this the year AFTER I finally gave up on him becoming a major fantasy baseball player.

Originally drafted by the Mariners in 2003, he was traded to the Orioles in 2008 and made his major league debut that same year. I’ve kept a close eye on him ever since, just waiting for the moment that he blew up. But it never happened. I struggled through years of .280 average, 20 home runs and 10 stolen bases. Where was the power? Where was the speed?
Jones is surely showing both those traits this year, blasting 29 home runs and swiping 13 bags with a month left of baseball remaining. Between him and Billy Butler, it’s been a tough season for me. (The author is not lying about his love for Adam Jones,… his affinity for Jones went so far as to have me put Adam Jones incredible ESPN Profile picture on the right as the image that comes up on his caller ID. Kid’s always loved him some AJ10. I’d personally like to thank you for finally giving up on him this season.)

Given Jones’ impressive numbers this year, Baltimore signed him to a 6 year, $85.5 million extension. There to celebrate the signing with him was Jones’ girlfriend Audie Fugett.

Fugett was born and raised in Baltimore, so it seems natural that she would be interested in the Orioles best player. She played basketball at George Washington University before heading the law school in New York. According to Facebook, she now resides in San Diego, which is Jones’ hometown. While they may spend the offseason where he grew up, if they stick together it will be in Baltimore, as Jones was quoted as saying he wants to start a family there. 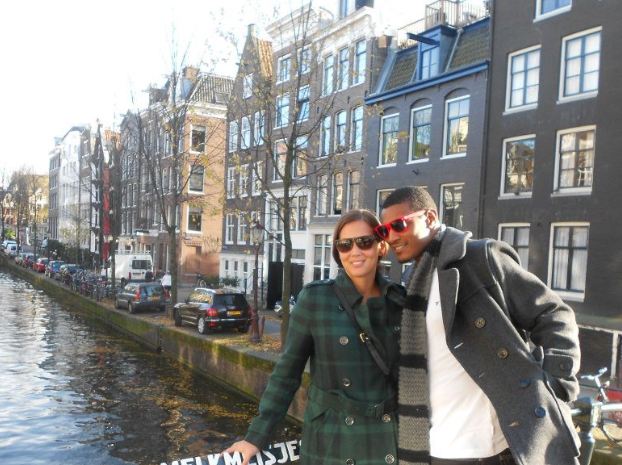