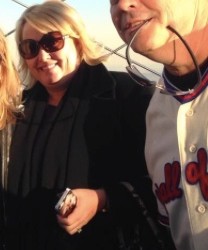 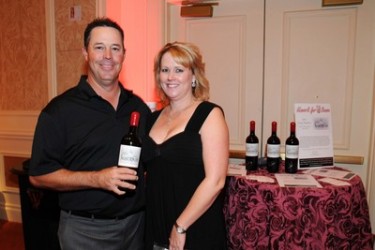 Greg Maddux’s wife Kathy Maddux may have turned the tide for his hall of fame logo selection. The legendary pitcher will go without a logo on his cap for his plaque when he’s inducted into the Hall. In his explanation, he states that Kathy and himself “grew up in baseball in Chicago,” which at first I thought meant that his wife was from Chicago, but it turns out his wife is from Fabulous Las Vegas.

Greg himself moved to Las Vegas in 1978. He met Kathy there in high school, and the two started dating. They got married in 1989, following his drafting in the second round in 1984. So this kind of explains “grew up in baseball in Chicago.” It’s not that they’re from Chicago, but it’s more like they dug their heels in there. After all, it wasn’t until 1986 that he got his first start on the Cubs, after proving himself in the minors on teams like Pikefield, Peoria, Pittsfield, and Iowa. Things didn’t go well. He was the youngest player in the National Leage, and went 2-4 with 5 starts that season. His second season he went 6-14 with 27 starts. Ouch. Then, in 1988 he was getting paid $82,500 dollars and managed to break out with an 18-8 record, making the all-star team. Then began his very long and massively successful era of dominance.

I mean, Maddux is one of the top 5 greatest pitchers who ever lived. It’s very hard to say he’s not a top 5 pitcher. Look at his stats. He won 4 consecutive Cy Young Awards, and in that stretch of play was 75-29 with a 1.98 ERA. One year, he posted an ERA of 1.63 and went an astonishing 19-2. Yes, that’s 19 wins and 2 losses, guys. That is absolutely nuts. You can go on and on about his accomplishments. The weird thing is the Atlanta Braves only won a single championship in all the time they had their monstrously talented squad assembled. The 1995 Braves: David Justice, Fred McGriff, Marquis Grissom, Chipper Jones, Ryan Klesko, Javy Lopez. Pitching lineup included John Smoltz, Tom Glavine, and Greg Maddux. Everyone was in their prime. How does that team not win every single year?