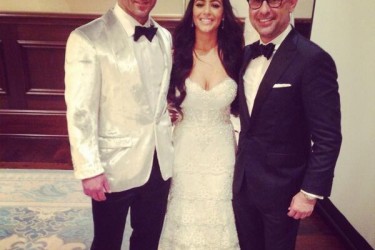 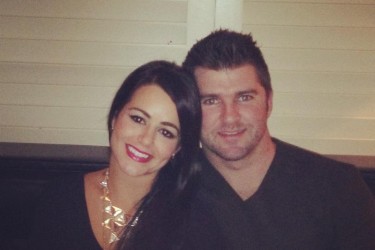 To all the titles in our lives…and to upgrading those titles. Our family is growing by two little feet and we couldn’t be more elated to love on our little blessing! #babyuggs #comingsoon #idkeepherpregnant

The Philadelphia native Janette has taken on Atlanta as a second home. While the slugging infielder has had a rough start to the 2014 season, there’s plenty of great news happening off the diamond. Congratulations to the Uggla’s!

Dan Uggla’s wife Janette Uggla, who married Dan on December 8, 2013, reached out to us to correct some information. Dan saw Bibi Jones briefly in 2009 (prior to her “film” career beginning), which was nearly two years after he split from first wife Tara Sims, with the two never overlapping. Dan and Janette began dating in 2010, to get married three years later.

As is often the case, the truth revealed a much less salacious story than originally believed. Thanks to Janette Uggla for reaching out and correcting things here.

UPDATE 10/26/2011: Looks like Uggla wasn’t the only visiting player to hook up with Bibi Jones. Jones, who is a Phoenix local, acknowledged that she worked with an agent who uses her and her skills as a recruiting device. Business Insider has learned that agent is Terry Bross, who Uggla signed with on July 28, 2010, just a short period of time after he played a 3 game road series against the Diamondbacks.
In the interview with Business Insider, Jones said she was never paid by Bross, but would be brought to bars to meet various players (again, she’s only 20 now, and 19 in 2010). She claims to have slept with over 10 major leaguers, though identified none other than Uggla.
It’ll be interesting to find out if MLB and the MLBPA have any sanctions or opinions on this recruiting tactic. While it’s likely a widespread tactic, this is certainly the first public accusation of this move. We’ll keep you posted.

10/24/2011: Appears Dan Uggla has separated from his wife, Tara. According to an article in the New York Times, Dan’s two children live with his ex-wife, Tara in Kentucky. Without knowing the timeline of the alleged encounter with Bibi Jones, we cannot definitively point to whether this relationship took place while Uggla was married or not. More details as they come.

On Monday, 10/24, Boston Based Toucher & Rich had an interview with Rob Gronkowski’s picture posing friend Bibi Jones. Bibi was open and discussed a number of things, including some of the athlete’s she’d slept with. While she was open to admit that she’d been with many married men, she refused to give details. When Toucher & Rich pressed her to find out the single men she’d been with, she was open to say she’d conquered Dan Uggla.

One problem: Dan Uggla is married to a woman named Tara, with whom he has children. Dan and Tara have been together since before 2007, when at that time Bibi Jones was only 16 at the oldest. While not entirely clear, this alleged encounter may have taken place while Tara was in the picture…
More details to follow… 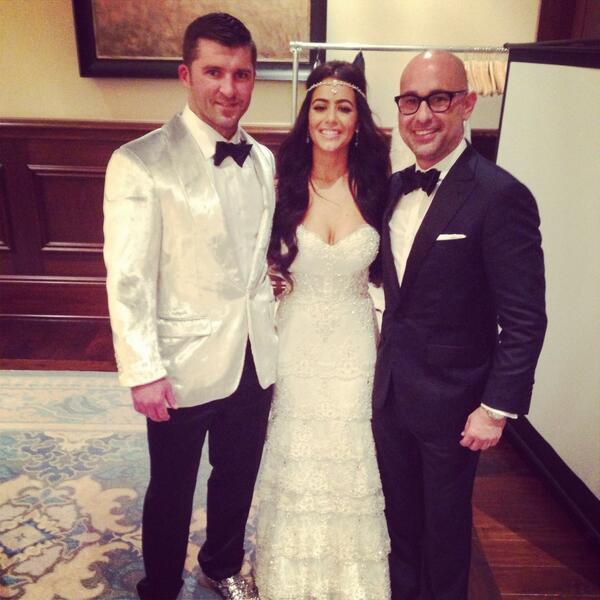