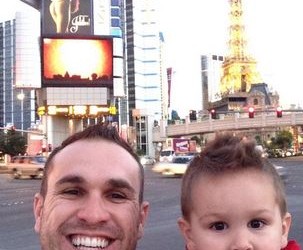 After trading franchise player Justin Upton as well as Chris Young and Stephen Drew, it would appear that the Arizona Diamondbacks are in a rebuilding mode. One constant that remains in their lineup is Miguel Montero, who has been with the team since 2007. So while the fans have some adjusting to do, Montero seems settled into his starting catch role. A familiar face in his life is Miguel Montero’s wife Vanessa Montero.

Now 29 years old, Montero has been the starting catcher for the Diamondbacks since 2009. As their longest tenured player, he will lead a youth movement in the desert along with manger Kirk Gibson. Montero was signed as a free agent in 2001 from his home nation of Venezuela. Vanessa Montero is also from Venezuela and is presumably where she met Miguel. The couple sounds like they are pretty happy, even taking a second honeymoon in 2010. As far as we can tell, they have one child (a son).

Montero’s hard work has made him into one of the better hitting catchers in the league and resulted in his first All Star appearance in 2011. There was a slight problem wit that though – he and Vanessa were supposed to go on vacation. However, after hearing the great news, Vanessa told ArizonaSports.com that she “cried like a baby I was so happy for him”. It probably didn’t hurt that the game was played in Arizona, making the honor even greater as Montero played in front of his hometown crowd. 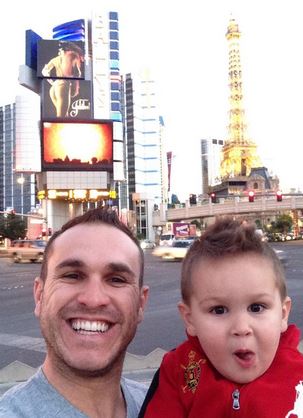