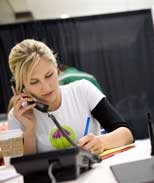 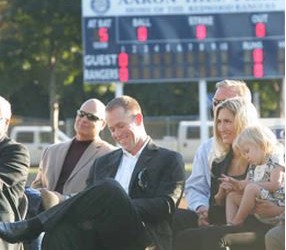 Aaron Hill is one of those guys that seems to consistently produce on the field, despite being pretty widely unheralded outside of Arizona and Toronto. While there have been some bumps in the road, he put together his best season in 2012 and things are looking up for the Diamondbacks second baseman.

Aaron Hill’s wife Elizabeth Hill has been by his side since their high school days in Visalia, CA. Aaron was 16 when he began dating Elizabeth, age 14 at the time. Despite Elizabeth not being allowed to date when they first met, Aaron has recalled a story of going to Elizabeth’s parents house while she was away to ask her parents permission to date. After what was apparently a successful conversation, the date finally happened. The couple has been together since, and had their first child in 2009, daughter Paige and since had a son, Stephen.

Elizabeth has made the trip from Visalia, to LSU for college, through multiple stops in the minors, to north of the border in Toronto, and finally now to Arizona. Aaron Hill appreciates the woman by his side, telling DaveLombardiSports.com that Elizabeth is his, “best friend who has been there for me throughout almost everything.” At age 31 and 29 respectively, the Hill’s probably hope that Arizona is one of his last stops, as it’s clearly the closest to the town they both call home.