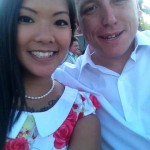 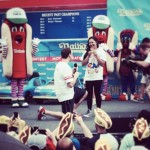 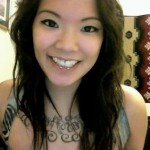 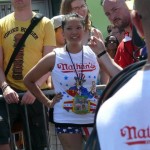 “DON’T GET LAZY!” A popular refrain from Joey Chestnut’s girlfriend Neslie Ricasa while cheering on her hot dog eating champion boyfriend. “Boyfriend” and “girlfriend” however, are now out of date terms as of the 2014 Nathan’s Hot Dog Eating Championship. Immediately before the Fourth of July tradition, Chestnut dropped to one knee to propose to Ricasa.

Ricasa, who also hails from Chestnut’s hometown of San Jose, is self described as “accounting graduate, sushi server, forever hockey fan, gsd mommy, ex-gamer, and bad competitive eater, but best girlfriend to the greatest competitive eater!” Ricasa has competed in a few hot dog eating championships, including one tag team effort with Chestnut, but has a much more impressive bullet point on her resume. At the 2013 Day-Lee World Gyoza Eating Championships in Los Angeles, Ricasa threw back 59 dumplings in 10 minutes. I think I’m going to hurl reading that.

DON’T GET LAZY. Chestnut revealed the mantra from his supportive girlfriend during an interview with AM New York, saying “She enjoys yelling at me.” Beyond the positive vibes, Chestnut gave a much more detailed account of their relationship and how he got her into competitive eating to Bleacher Report.

“She definitely wasn’t a competitive eater…When I’m training for Fourth of July, I’m on a complete regimented diet when I practice for a contest; I’m fasting for days. And she lives with me, so she might as well do the same thing and practice for the Fourth of July, too. … She was there, and she was helping me. She’s awesome. She’s a great girlfriend. I’m so lucky to have her. She pushed me to a new record. My little brother was upset because he’s been training me for a long time.”

Sounds like these two crazy kids were meant for each other. 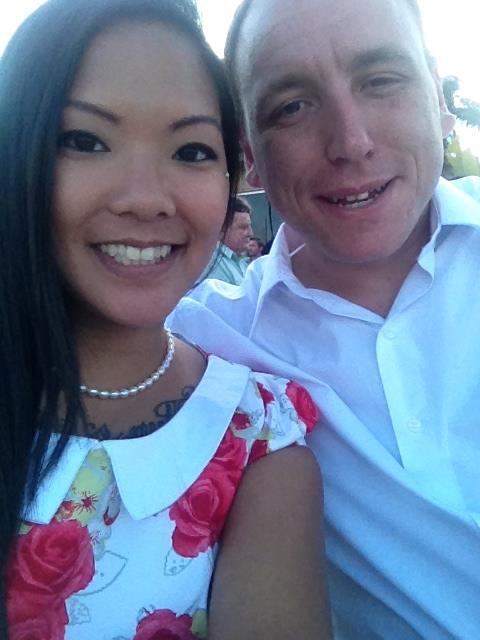