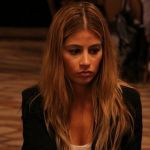 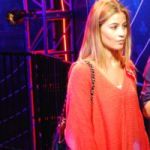 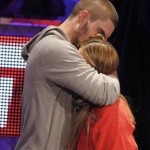 On Sunday at the 2011 World Series of Poker, the tournament was left with 41 players. David Sands was part of a table breaking up, and after a card drawing amongst his former table mates, he drew the card to go to the ESPN feature table. Coincidentally, David Sands walked in and did what any man would do: sit next to the hottest chick in the room. It just so happened, that this card playing smokeshow and the inarguably hottest player left in the tournament, was his girlfriend of 6 years, Erika Moutinho (who also happened to be the last female left in the tournament). While some questions of poker ethics arise from a couple dating one another being seated at the same table, both insisted they would play the cards dealt the right way.
Erika ultimately finished 29th in the tournament.

The 26 year old Sands and the 25 year old Moutinho met while traveling through Australia separately and began dating almost 6 years ago. It was then that Sands introduced Moutinho to online poker, who admits she’s been hooked ever since.
Moutinho formerly worked as a casting agent before quitting to play poker full-time. 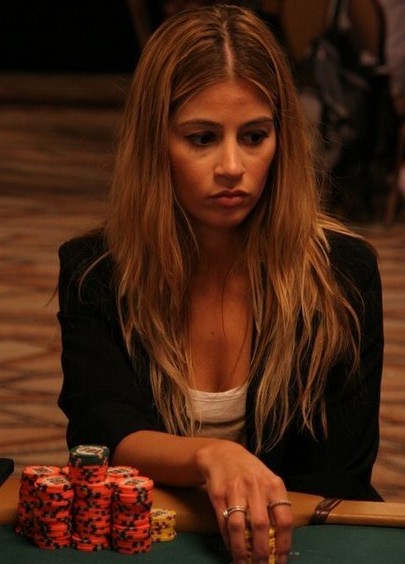