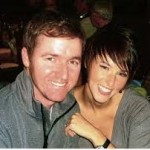 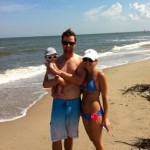 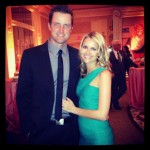 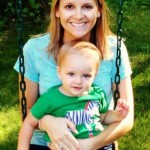 Chris Kirk’s wife Tahnee Kirk is a hottie. And Chris Kirk evidently loves to tweet about it.

On February 22nd of last year, Chris Kirk tweeted, “Holy s#*t my wife is hot!” And apparently, this isn’t the first time he bragged about wife’s looks. Regardless of whether all this boasting is good or bad, I imagine we can all agree on one thing, when a husband thinks the mother of his two children is hot, it’s a huge compliment and a loving endearment.

After marrying on August 29, 2009, Chris and Tahnee Kirk got to work. The Kirk’s have two young sons together, Sawyer and Foster, with Foster born December 2012. . In her spare time, Tahnee Kirk used to write a blog called The Kirks on the Road. She appears to have let the site lapse, and with two kids under the age of 22 months, it’s pretty easy to imagine how that could happen. But you can still see the archives at thekirksontheroad.blogspot.com.

The couple appears to be very content together. It seems they learned how to keep each other happy early in the relationship. At the beginning of their marriage Chris Kirk was quoted in the Knoxville News saying, “Even only after a year of marriage, I’ve learned you pretty much listen to what your wife says.” Perhaps the old adage is true; happy wife, happy life. 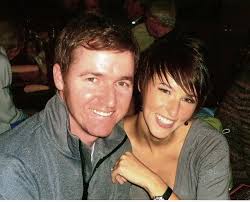