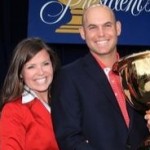 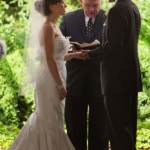 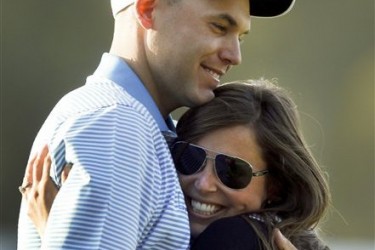 To say 2011 was a good year for Bill Haas might be a wee bit of an understatement. For starters he made the cut in all four majors. He also ended the year with seven top ten finishes and one victory. That one victory also made him the winner of the 2011 Fed Ex Cup, and of course, when you win the Fed Ex Cup you win a lot of money. This year the winner took home $11.4 million. Bill was also a captains pick for the US team in the President’s Cup. All in all not a bad 2011. Yet Bill had another major event happen in his life in 2011, he got married. In June of 2011, right smack in the middle of his best season as a pro, Bill married Julie (nee Arrington) in North Carolina.

For those that follow golf the name Haas is a very familiar name. Bill’s father Jay was on the PGA Tour and his uncle Jerry was also a very good golfer. All three played golf at Wake Forest.

The little other information we have on Julie is that her mother helps Bill with his charity program, Birdies for Barbara Stone Foundation. Bill donates a certain amount of money for each birdie and eagle he scores will playing. 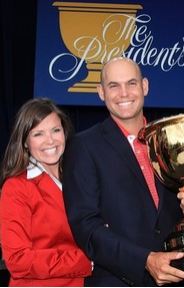