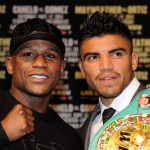 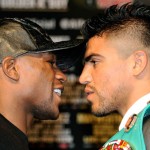 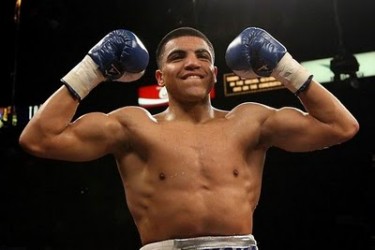 09-21-2011: According to rumor, this is actually Victor Ortiz’s ex-girlfriend, who, incredibly, cheated on him. This apparently pushed him into the arms of a new woman. Victor Ortiz’s girlfriend Alexia Garland is a huge improvement, go check her out.


Alllllllllllllllrighty then. In the words of our dear friend Kramer, “Well youre as pretty as any of them, you just need a nose job.” If only this were true for Victor’s gal here. To be perfectly honest….. I pray that Victor beat Mayweather this weekend so that he can give some money to his girlfriend here so she can fix that god awful thing she calls a face. Dont worry people…. I have only just begun. Pause the movie on 0:41…… and prepare to gasp. After that the camera shifts around at 3:04 and you can get a better look at her there too. Dayyyuummmm. You could go skiing off of that thing. Jesus Christ. Excuse me. Is that your nose or did a bus park on your face? Everybody take cover. She’s going to blow. Pardon me, Miss… Some of the ladies have asked if you wouldn’t mind putting that thing away. Does that thing there influence the tides? When you stop to smell the flowers, are they afraid?

So I have no idea about who this girl is. But it is the only thing I can find on her. Victor isn’t married and I’m not even sure if he is still with this chick. I’m guessing he isn’t. Actually…..I’m praying that he isn’t.

Watch Victor Square off against Floyd Mayweather this weekend on PPV. It’s going to be an epic boxing match. Finally boxing to a page out of the UFC book and stacked the entire boxing card with solid fights. Normally the entire card sucks aside from the main event. But the top three fights on this card will be amazing. I’ll be ordering it. ALso…. doesn’t Ortiz look like Chris Brown a little? 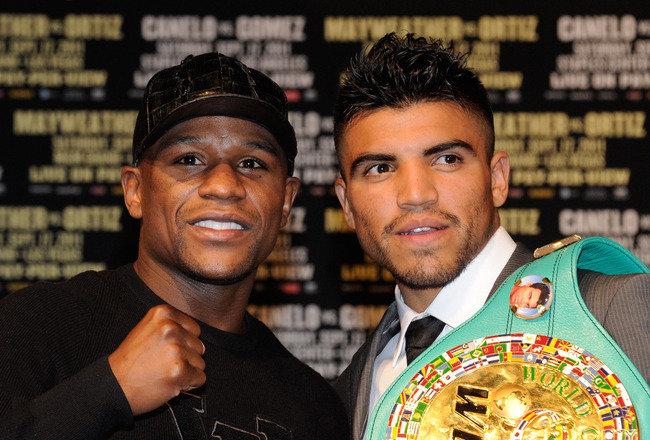