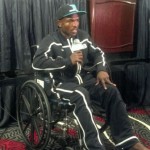 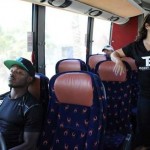 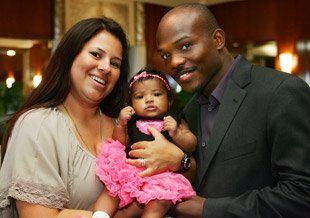 Timothy Bradley’s boxing career hasn’t always been an easy path to the “top” (I mean come on… Pacquiao is still the rightful champ). Fortunately, Bradley has been lucky to have an everlasting, unwavering support from his wife while he fought and clawed his way into main event billings.

Timothy Bradley’s wife Monica Bradley is his most fiercely loyal counterpart who wears many hats in his life: wife, mother to his children, media manager and more. Timothy and Monica went to middle school together, and connected years later. She was coming off a divorce, and already had two children when they got together. Through the years they struggled to get by with Bradley focusing on his boxing career and pulling down relatively low wages as a dishwasher and waiter to help support a family of four.

When Bradley was injured in 2007, he was about ready to give up on his dream in order to make more money for his family. However, at the urging of Monica, he refocused his efforts on boxing, as she refused to let him give up on his lifelong dreams in the sport, and ultimately decided to support the family on just her income. After a year of intense training, Bradley got his first title bout in 2008, and headed out to England leaving the family with only $11 in their bank account.

In an extended article by Kevin Iole with Yahoo! Sports, Bradley talked about his mindset on being broke:

“We were dead, dead, dead broke. I had to win. We had no choice because we’d given everything we had to this and we were just about out of money. As we were literally in the middle of that struggle to survive, I had the craziest thoughts about what I should do to feed the kids. I can understand how for a lot of people who are really down on their luck, the whole criminal thing becomes appealing.”

Things started looking up for Bradley after that fight, and he’s continued to progress to the elite boxer he is today. Leading up to his fight with Pacquiao, Bradley wanted to focus solely on his fight, and Monica picked up the slack handling the majority of his media requests (though he wasn’t able to escape the press conference post Bradley – Pacquia 1, even though he rolled up in a wheelchair).

The former Monica Manzo has two children from a previous marriage, whom Bradley has since adopted. She and Tim were married in 2010, and have one child of their own together. 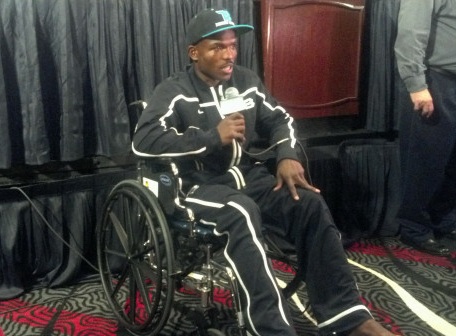