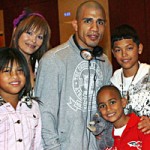 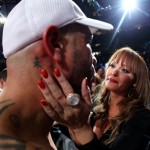 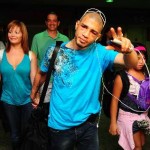 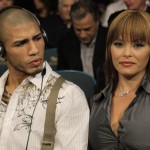 Miguel Cotto’s wife Melissa Guzman has a difficult job. As the wife of a professional boxer, she has to endure every jab and hook delivered to the head of the father of her children, never knowing the immediate, or long term impact each shot carries. Many wives cannot sit ringside during a fight, and the wives that do, most often times seem like the coolest dimes in the room.

Melissa however, represents both sides of the fence. Melissa frequents Miguel’s fights in person in order to support her husband, but at the same time has been visibly emotional on a number of occasions. A recent bout against Manny Pacquiao took a significant toll on Miguel, and Melissa and her children were seen crying hysterically. She explained her reaction:

It was something we did not expect. Not so much by the defeat because this is something he can recover again. But by the blows, because you know the pain and sacrifices made in life and your health is more important… Miguel is going to replace the defeat and will come stronger.

Melissa Guzman Cotto had to endure another defeat in person last night, as Miguel Cotto fell to Canelo Alvarez in a unanimous decision. While Cotto held his own at times, the younger Canelo was clearly the victor – something the judges could see as well.

Miguel and Melissa Cotto have two sons together and a daughter from another relationship for Miguel, Luis Aquino, Alondra and Miguel III (aka Jun Jun). The couple has founded a non profit foundation together called El Angel. El Angel aims to help children and teenagers in the battle against obesity. 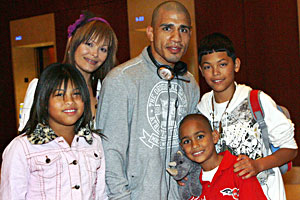