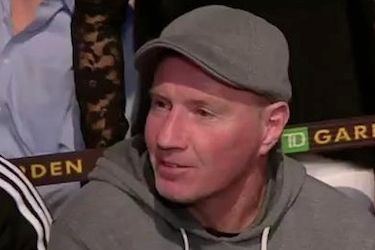 Micky Ward’s wife Charlene Fleming Ward has stuck by the guy’s side and watched his face get turned into mashed potatoes countless times. That’s not a dig at Micky either- that’s just the nature of boxing and boxing couples (unless you’re a defensive wizard like Floyd Mayweather). Charlene was played by Amy Adams in the excellent Hollywood rendering of the couples’ life, “The Fighter.” The film’s known for it’s low key, non-showy style. The depiction of Micky and his relationship with Charlene is apparently very close to how it actually happened. There’s a few things that were embellished, of course.

One such embellishment had nothing to do with Micky Ward’s wife Charlene Fleming. It’s just that Micky hasn’t reconciled with his family in the way he did during the film. One of the most amusing anecdotes regarding Micky and the film is about how his brother torpedoed their chance to be in it. According to Micky, his brother Dicky and him were supposed to have a few lines and play a couple Lowell natives, but Dicky said he hated the lines he was given and then quit his cameo role, consequently exiting Micky from his cameo as well. Charlene herself really enjoyed everyone’s portrayal in the film. Charlene basically hates all of Micky’s sisters, and it’s exactly the same in the movie.

One of the more poignant scenes I saw of Micky Ward’s wife Charlene Ward had nothing to do with the film. It was from a short featurette that HBO created about his last fight with Arturo Gotti. In the clip, Micky is embraced and tended to by Charlene after the brutal fight. She escorts him to the locker room to be examined by the doctor. The doctor then recommends Micky to go to the hospital to get a CAT scan. Charlene accompanies him to the hospital, and in the bed beside him is none other than Arturo Gotti. The two fighters crack a few jokes and Micky says he lost his shoes and is wondering if Arturo’s got an extra pair of sneakers in his size. Boxing relationships, folks, are the very best. 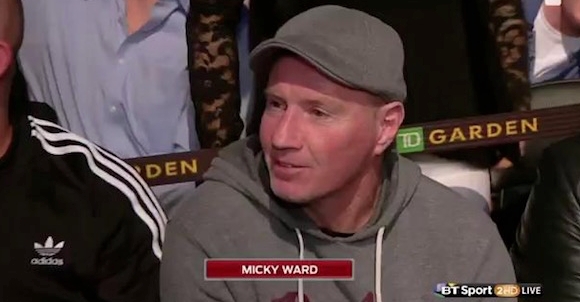