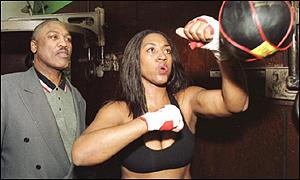 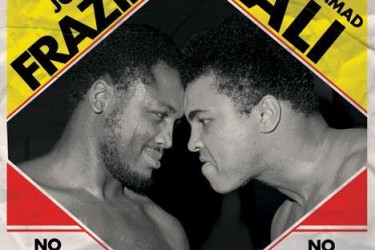 11-08-2011: Joe Frazier died Monday night at the age of 67, after a short battle with liver cancer. Smokin’ Joe will be most remembered for his three legendary fights against Muhammad Ali – most specifically for his near fight to the death loss at the Thrilla in Manila. Our condolences go out to his family, who have asked to be allowed to grieve in private.
***********

Joe Frazier met Florence Smith, who would eventually become his wife, when he was almost 14 and she was 16. Joe Frazier eventually married Florence Frazier in 1963. In 1985, Joe and Florence Frazier divorced. Frazier is known to have 11 children several of whom have taken up boxing as their careers, including his daughter Jacquelyn Frazier-Lyde. In 2007 Joe Frazier sued Jacquelyn, in order to get old paperwork from when she use to be his lawyer.

Joe Frazier is a boxing legend whose past bouts include fighting Muhammad Ali and George Foreman. Since retiring Joe Frazier has run a gym in Philadelphia PA where he trains new boxers.

In November 4, 2011 Joe Frazier was admitted into hospice care for his liver cancer which he was diagnosed with back in September according to his manager. Joe Frazier is considered in critical illness and does not have much more time to live according to doctors at the hospice care center in Philadelphia.