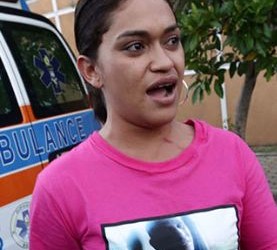 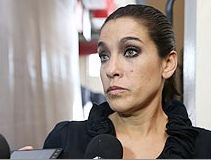 Hector ‘Macho’ Camacho was known in life for being a flamboyant figure both in and outside the ring. He brought a new attitude to the boxing profession which helped draw more attention to the sport of boxing. Though Camacho had his share of problems with the law outside the ring, including multiple criminal charges, and issues with drug and alcohol addiction, many will remember him for his spirit and flair both in and out of the ring.

However, I think that even Camacho would find a better place for his antics than at the funeral of a significant other. Unfortunately, Hector Camacho’s girlfriend Cynthia Castillo decided that his funeral was perfect time for her to announce her presence. Castillo, 28, arrived at the funeral wearing a bright pink shirt with Camcho’s picture across the front. After kissing Camacho on the lips inside the casket, Castillo is alleged to have entered an area reserved for family when emotions boiled over.

A fight ensued between Castillo, one of Hector Camacho’s ex girlfriend’s Gloria Fernandez, and some of Camacho’s sisters. The battle between Castillo and Fernandez spilled outside when things turned physical. Castillo and Fernandez were separated by police, at which time Castillo was urged to leave the premises. The altercation caught the attention of reporters stationed outside who caught the tail end of the scuffle and saw Fernandez screaming at Castillo while she left the funeral.

While the entire nature of their relationship is unknown, Castillo claims the two were together prior to his death. She told reporters at the services that the family attacked her for no reason, and stated,

“I am Macho’s current girlfriend and anyone who doesn’t like it will have to swallow it. They attacked me and that can’t happen. They should be grateful because I was there with him.” – New York Post, 11/28/2012 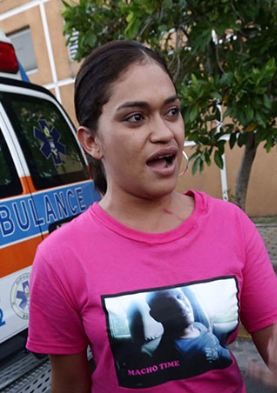